As you read this, India is on the verge of launching a mass vaccination program to battle and turn back the Covid-19 pandemic. There has been much news coverage or opinion about the mammoth scale of the task of immunising over a billion people against this dread disease. From the Universal Immunisation Programme (UIP) launched in 1985 to Mission Indradhanush in 2014, India is no stranger to large-scale immunisation programmes.

It's universally acknowledged that vaccines are among the most effective public health interventions; saving between 2 to 3 million lives every year. At the same time, however, 1.5 million lives are lost every year from vaccine preventable diseases, 500,000 of them in India1 .

On one of the key metrics called “vaccine coverage” – the percentage of the population that has been vaccinated – there is cause for serious concern. Globally, that number has stagnated at 86 per cent for nearly 5 years; and it was just 62 per cent in India in 2016. Mission Indradhanush was launched to increase vaccination coverage to 90 per cent; but we won’t know if that target was achieved for another year or two. The reasons for this rather worrisome performance are complex and manifold; addressing them would include overcoming several communication challenges. But first, some context.

The UIP covers 12 diseases from TB and polio to adult vaccines for Japanese encephalitis and pneumococcal conjugate vaccines for pneumonia, blood infections and bacterial meningitis. All vaccines in the UIP are free to the people taking them; the government buys the vaccine from vaccine makers; a flu vaccine for older adults, especially above the age of 60, is also being considered for inclusion in the UIP.

Despite the proven efficacy of vaccines, 14 million children were not vaccinated in 2019, according to the World Health Organisation (WHO)2 . Add another 5.9 million children who were only partially vaccinated, meaning they received the first dose but not the subsequent doses. Three-fifths of these nearly 20 million children live in just 10 countries, a list that includes our own – India!

So why is vaccine coverage so low (including in India)? Is it a matter of attitude?

Overall, an average of 92 per cent respondents believed that it was important for children to be vaccinated. Globally, only 7 per cent of those surveyed disagreed that vaccines were safe. And only 5 per cent didn’t agree that vaccines were effective. Yet, the vaccination coverage has stagnated at 86 per cent for the last few years.

In India, 98 per cent of the respondents believed that vaccines were safe, and a similar number agreed they were effective. Yet only 62 per cent of the children below 5 were fully vaccinated.

On similar lines, scepticism was high in France about safety, with one in three people not agreeing that vaccines were safe; and only 18 per cent believed they were effective. And yet, 97 per cent of all children are vaccinated in France.

To help explain the reasons for these contradictions, I would like to refer to WHO’s Strategic Advisory Group of Experts (SAGE) that defines a concept called ‘vaccine hesitancy’: a delay in or refusal to completing or refusal to vaccination and immunisation schedules3. They point to three factors: complacency, convenience and confidence.

Complacency is the perception that the risk of vaccine-preventable diseases is low. Convenience is a problem when people must travel some distance to get the vaccines. Confidence (and trust) in vaccine effectiveness is dented by misconceptions – including those shared by community and religious leaders. This is where healthcare communications can step in to address all three factors.

First, communications should meet public purpose. Second, it should combine domain knowledge with appropriate content creation, aligned with public and development goals that are aimed at creating trust (and confidence) in vaccines. Third, communications should include well-designed campaigns, disease awareness programmes and audience-specific messaging, using the full range of traditional, online and social media channels.

As India gets ready to be vaccinated against the global Covid-19 pandemic, there is no better time to leverage all our communication capabilities to underscore the importance of life-saving vaccines. 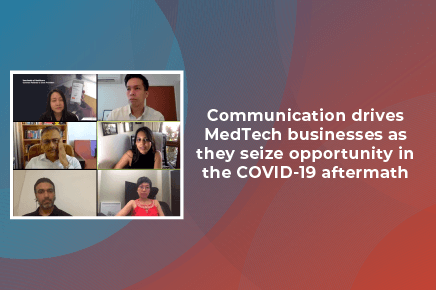 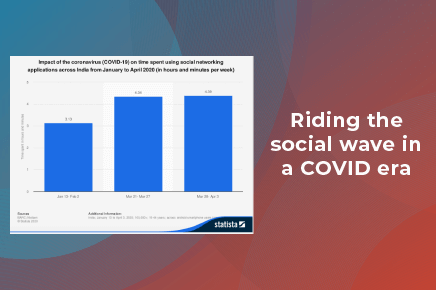 Riding the social wave in a COVID era